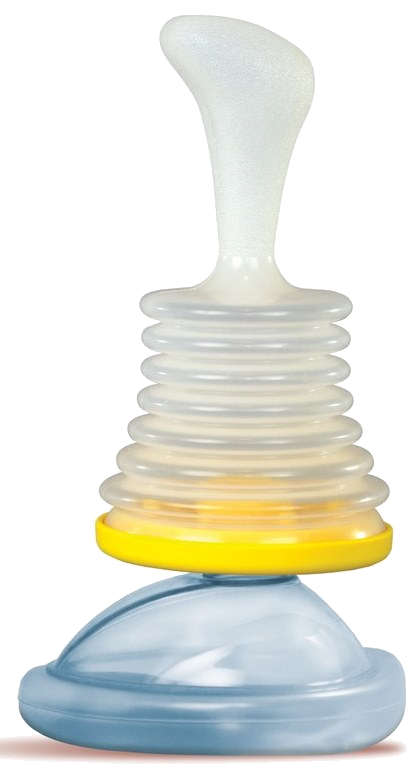 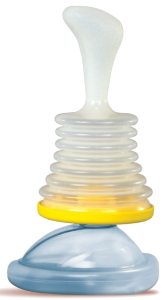 abdominal thrusts (or Heimlich Maneuver) not effective.  LifeVac uses suction at the airway, rather than upward pressure at the diaphragm, to dislodge foreign bodies in the airway.

On Nov. 23rd, a 3-year old child with Down’s Syndrome at the “Exit Cafe” at Athens International Airport was choking on food.  The staff attempted 5 back blows and 5 abdominal thrusts, but the child lost consciousness.  The restaurant had a wall-mounted LifeVac, and used it.  In one attempt, it pulled the object out of the child’s throat.  Child coughed and breathing was restored.   This is the 17th official recorded save for the LifeVac product.

We think that choking is no longer a problem in the U.S., since so many people have been trained in Heimlich technique.  It is true some 4,500 per year report saves from using Heimlich on a choking person.  Also true there are still some 5,000 deaths per year in the U.S. from choking.  About 1/2 of those deaths are victims over the age of 75.

Some have advertised that LifeVac “replaces abdominal thrusts”.   We say “not true”.  But, this excellent product is certainly a great $69 supplement to using abdominal thrusts.  The life-saving product has been proven to be extremely useful when abdominal thrusts are not effective.

This website uses cookies to improve your experience while you navigate through the website. Out of these, the cookies that are categorized as necessary are stored on your browser as they are essential for the working of basic functionalities of the website. We also use third-party cookies that help us analyze and understand how you use this website. These cookies will be stored in your browser only with your consent. You also have the option to opt-out of these cookies. But opting out of some of these cookies may affect your browsing experience.
Necessary Always Enabled
Necessary cookies are absolutely essential for the website to function properly. This category only includes cookies that ensures basic functionalities and security features of the website. These cookies do not store any personal information.
SAVE & ACCEPT
Copyright © 2014, 2016, 2017, Newnan CPR (Atlanta, GA). All Rights Reserved. https://newnanCPR.com (678) 796-8277.